Build a PackageTalk to an Accountant 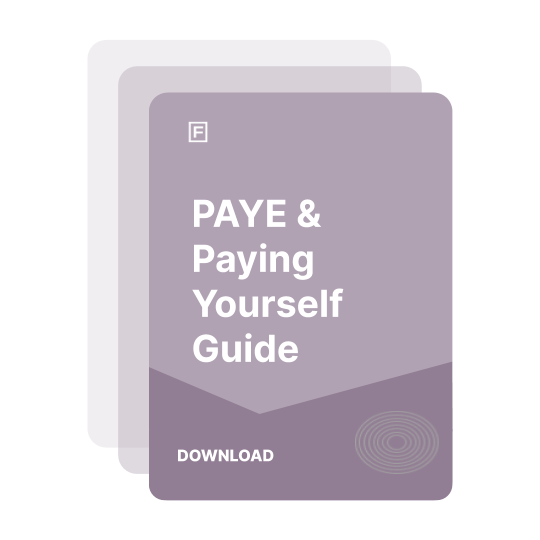 As a limited company director, you can access the money in your company bank account through a facility known as a director's loan.

This can come in handy in instances when your personal finances are in need of a boost, yet taking out a director's loan is a decision that requires careful consideration. That's because there are tax and accounting implications, and it's best to speak to an accountant so that you fully understand the consequences.

But before you dive into the details, you'll need to have an understanding of the basics—such as what a director's loan account is, what the loan can be used for, tax rules you need to be aware of and more.

Here's where our guide comes in:

Understanding the basics of director's loans

What is a director's loan?

According to HMRC, a director's loan is defined as money taken from your company that isn't either of the following:

A Director's Loan Account (DLA) is a record of all transactions between the company and its directors. It records not just the money owed by the directors, but also the money owed to them.

Who can take a director's loan?

As the name suggests, only directors of a company can take out a director's loan.

A DLA should contain:

What are director's loans used for?

You can draw your earnings as director's loans, and convert them to dividends and salary at a later point in time.

Director's loans are also used when you need to access money in your company—apart from what you take out as a salary, dividend or expense treatment—for personal reasons.

The money can be used for a variety of purposes, such as covering the costs of a home repair bill, travel plans or any unforeseen personal expenses that may arise.

Is a director's loan a benefit in kind?

A director's loan is considered to be a benefit in kind if the following conditions apply:

If these conditions are met, you're required to report and pay taxes on benefits.

You'll need to record the loan on a P11D form and on your Self Assessment tax return. Personal taxes may be due, and your company may pay National Insurance Contributions at a rate of 13.8% on the determined value of the benefits. You'll need to repay the loan within nine months and one day of your company's year-end.

If you're not able to do so, your company will be required to pay a Corporation Tax charge (known as S455 tax) at a rate of 32.5%.

1. You repay the entire loan within nine months and one day of your company's year-end

Your company won't pay any tax on the loan.

If you've taken out a loan on 15th March 2020, and the amount is still outstanding at your company's year end of 31st March 2020, you'll need to repay the loan by 31st December 2020 to avoid paying additional tax.

2. You repay a portion of the loan within nine months and one day of your company's year-end

Your company will be required to pay tax on the outstanding balance.

3. You fail to repay the loan within nine months and one day of your company's year-end

Do note that S455 is considered a temporary tax, so it can be reclaimed once you've paid off the outstanding loan balance.

However, the repayment isn't immediate; the tax is repayable nine months and one day after the end of the accounting period in which the loan is repaid. Your claim must be made within four years.

There isn't a limit to the loan amount that can be taken out.

However, if the loan amount exceeds £10,000, if can trigger a benefit in kind. As we've mentioned above, this will mean that you're required to report and pay taxes on benefits.

Thank you! Your submission has been received!
Oops! Something went wrong while submitting the form.

It's best not to take out a loan right after you've repaid it.

That's because HMRC may view this as 'bed and breakfasting'—a tactic employed to avoid tax.

It's a practice where directors repay their loans to the company before the year-end to avoid penalties, but then take out the loan again shortly afterwards without truly intending to repay it.

Rules have been imposed to counter the use of 'bed and breakfasting' arrangements.

What happens to an overdrawn DLA if the company goes into liquidation?

The liquidator can demand that the director repay the loan, so that the company's creditors can be paid.

Legal action can be taken against the director.

Can a director's loan be written off?

It is possible to write off a director's loan, yet there are tax and accounting implications to be considered.

We recommend discussing this with an accountant.

Thank you! Your submission has been received!
Oops! Something went wrong while submitting the form.

Our ultimate guide to all the deadlines and penalties you need to be aware of as the director of a Limited Company.

Build a PackageTalk to an Accountant

About usTalk to an Accountant

Speak to an Accountant